‘Tickit’ to a Better CG-CAHPS Survey

San Francisco Department of Public Health (SFDPH) struggled to collect data and understand the patient experience with their mail-out CG-CAHPS survey because it was inaccessible to low-literacy patient populations.

Low engagement with mail out surveys also added to poor response rates. SFDPH could not effectively gather necessary patient feedback to identify and bring about actionable change. SFDPH faced a common challenge seen across healthcare, where response rates to CG-CAHPS patient experience surveys are as low as 34% and on the decline. 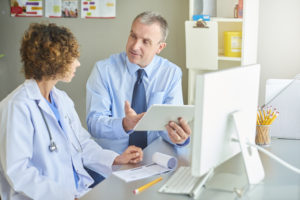 The SFPDH team asked Tickit Health to improve their response rates with a digital survey to reach patients in a more accessible, timelier way.

In collaboration with the University of California, San Francisco, Tickit Health created an evidence-based, multilingual, low-literacy digital CG-CAHPS survey at the fifth grade reading level for SFPDH to capture the voice of a wider, more diverse sample of patients. Questions were modified to increase response rates with the use of engaging icons, relatable language, and an easy to navigate interface. 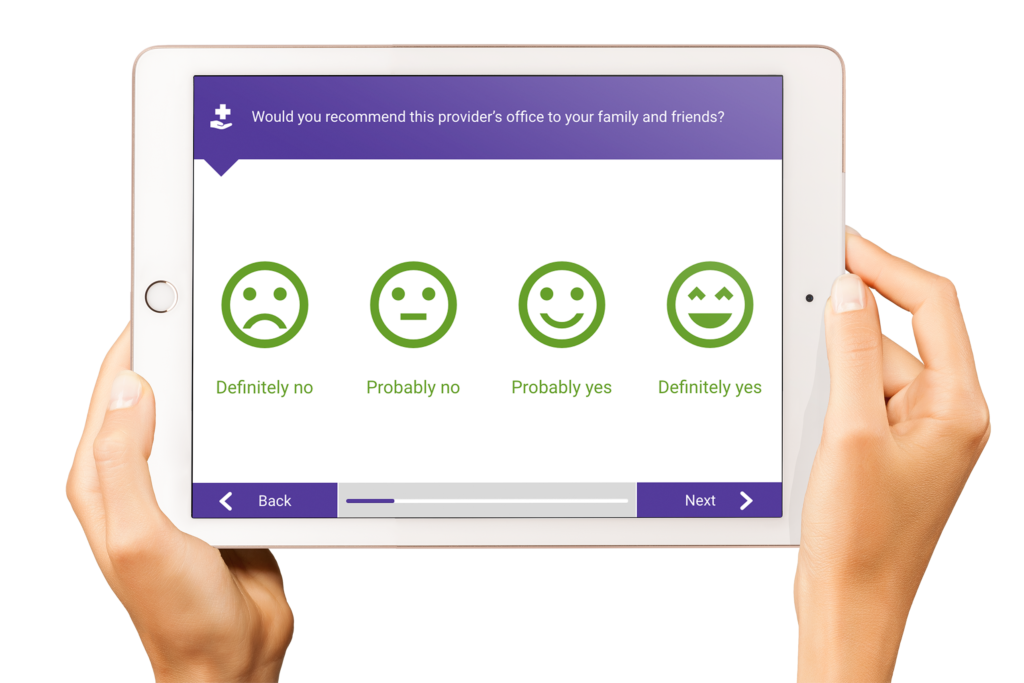 did not need any assistance

“[This tablet] is quite easy to do, because everything is easy to read. You just have to point your finger at the answer.”

The digital Tickit™ CG-CAHPS survey improved both the number and quality of responses.

Better patient reported data allowed SFPDH to understand patient experiences, redesign policies, and launch patient-centered care programs that increased patient retention. Implementing a digital CG-CAHPS survey on the Tickit platform increased both staff workflow efficiency and patient survey completion rates at SFPDH. After one year, the clinic was able to collect an incentive payment of $2,667 from the Centers for Medicare & Medicaid Services, which it had never claimed before.

Based on the promising outcomes at the pilot site, SFPDH later expanded the use of the Tickit™ CG-CAHPS survey to two more sites. The first, Chinatown, launched in conjunction with the rollout of a new Patient Advisory Council. The second site, Tom Waddell Urban Health Center, used the Tickit™ CG-CAPHS to survey San Francisco Health Network’s diverse, marginally housed, and homeless patients.

The CG-CAHPS (Clinician and Group Consumer Assessment of Healthcare Providers and Systems) survey is widely used to gauge patients’ experiences with health care providers and staff. The survey comes with a standardized, evidence-based set of questions for adults and children either in primary care or a specialized care setting. Survey results help to improve care provided by individual doctors, sites of care, medical groups, or provider networks. For patients, feedback is also used to equip consumers with information to aid in choosing physicians, medical groups, or other healthcare providers.

InnovationHubs, Cahps and the SFDPH

The team partnered with Tickit Health to digitize the CG-CAHPS and apply digital empathy to it in order to serve the needs of diverse groups of patients at San Francisco Health Network (SFHN).

Find the perfect Tickit Health solution for your business.

From Screeners to assessments to questionnaires. Answer a few quick questions and we will guide you to the right product.

Need help? Open a support ticket or contact us.

Get Started with Tickit®

Get started by filling out the form below. We’re here to answer any questions you may have.